Webinars From the Handbook of LCHD Expert Interviews

This is one of 26 chapters published in the Handbook of Life Course Health Development.

Abstract: Socioeconomic disadvantage (SED) has adverse impacts on physical (Adler and Rehkopf 2008; Blair and Raver 2012; Braverman and Egerter 2008; Cohen et al. 2010; Poulton et al. 2002) and psychological (Adler and Rehkopf 2008; Bradley and Corwyn 2002; Grant et al. 2003) health development. SED is similar to low socioeconomic status (SES) which is based on occupation, income, and education or a composite of more than one of these indicators (McLoyd 1998). However, we conceptualize SED more broadly than socioeconomic status to also include subjective perception of social position and contextual indicators of disadvantage, such as neighborhood deprivation. One of the most commonly used SED indicators is poverty, which is calculated using income that falls below an annually adjusted federal poverty line. Some studies suggest independent effects of different SED variables, but each variable tends to be highly correlated with the others; thus, it is often nearly impossible to disentangle independent effects. Therefore, in this chapter, we will review findings on different SED variables but discuss the impact of SED inclusively. In adulthood, SED is assessed based on factors in an individual’s own background such as income, occupation, and education level, whereas in childhood, SED is typically assessed based on these factors for the parents. 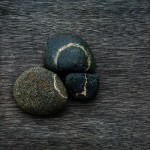