Webinars From the Handbook of LCHD Expert Interviews

Developmental Health and the Life Course

This webinar – the first in the LCRN’s ongoing series on The State of Life Course Health Development Research: Past, Present and Future – features Clyde Hertzman, formerly the Director of the Human Early Learning Partnership (HELP) and the Canada Research Chair in Population Health and Human Development and Professor in the School of Population and Public Health at UBC.

Dr. Hertzman was a fellow of the Experience-based Brain and Biological Development Programme and the Successful Societies Programs of the Canadian Institute for Advanced Research (CIfAR). He was also a Fellow of the Royal Society of Canada and the Canadian Academy of Health Sciences. He held an honorary appointment at the Institute for Child Health, University College, London.

Dr. Hertzman played a central role in creating a framework that links population health to human development, emphasizing the special role of early childhood development as a determinant of health. His research contributed to international, national, provincial, and community initiatives for healthy child development.  He was the recipient of the Canadian Institutes of Health Research (CIHR) 2010 Canada’s Health Researcher of the Year, and the Canadian Institute of Child Health (CICH) 2010 National Child Day Award. 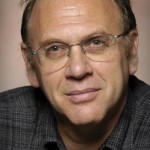